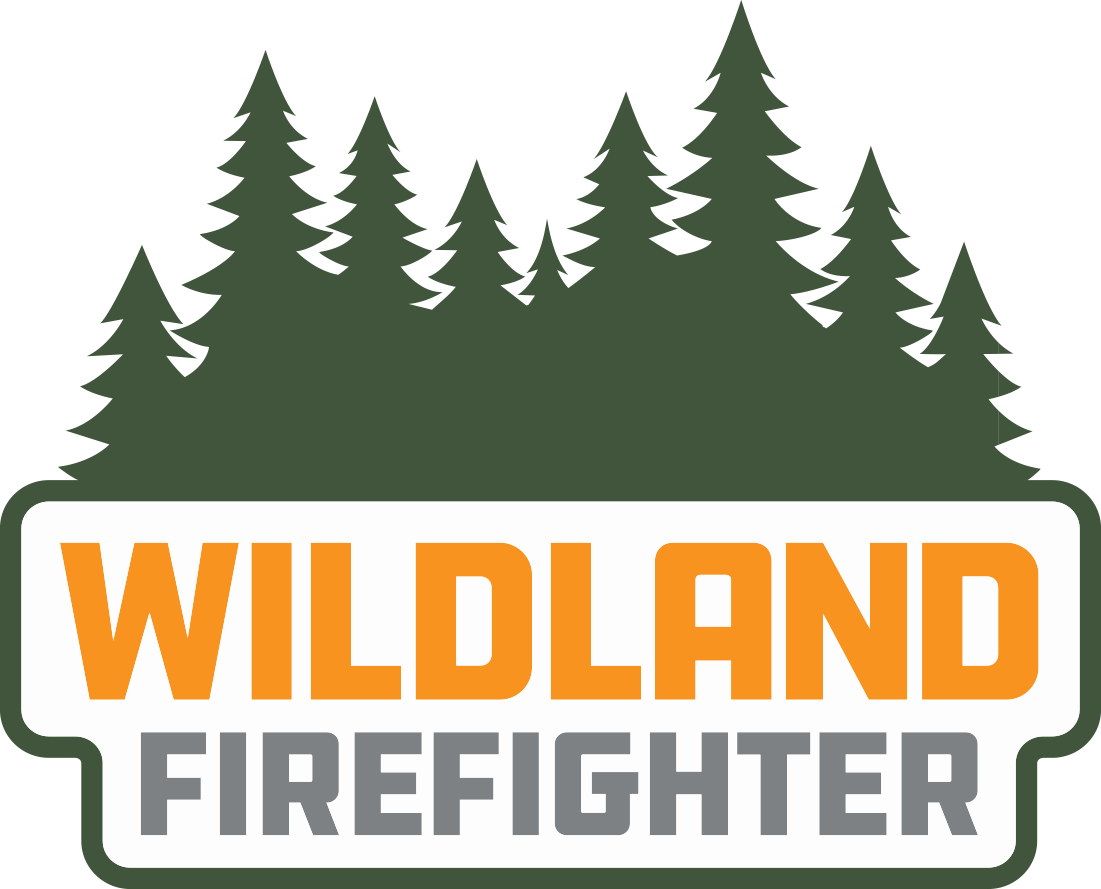 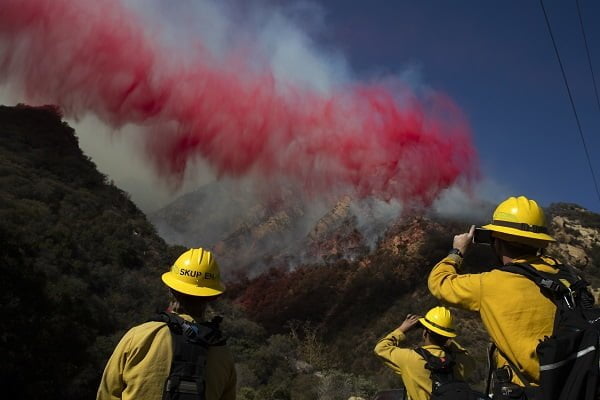 In this Nov. 11, 2018 file photo firefighters take pictures of fire retardant dropped on a burning hillside in Malibu, Calif. A group of U.S. senators from around the American West sent a letter to President Trump warning that firefighting academies that provide required annual training for thousands of front-line fire crews are canceling classes because their federally employed instructors are on furlough. (AP Photo/Jae C. Hong)

PORTLAND, Ore. (AP) — Just two months after a wildfire wiped out Paradise, California, officials are gearing up for this year’s fire season and fear the government shutdown could make it even more difficult than one of the worst in history.

The winter months are critical for wildfire managers who use the break from the flames to prepare for the next onslaught, but much of that effort has ground to a halt on U.S. land because employees are furloughed. Firefighting training courses are being canceled from Tennessee to Oregon, piles of dead trees are untended in federal forests and controlled burns to thin dry vegetation aren’t getting done.

Although the furloughs only affect federal employees, the collaborative nature of wildland firefighting means the pain of the four-week-long shutdown is having a ripple effect — from firefighters on the ground to federal contractors and top managers who control the firefighting strategy.

State and local crews who need training classes, for example, are scrambling without federal instructors. Conservation groups that work with the U.S. Forest Service to plan wildfire-prevention projects on federal lands are treading water. Annual retreats where local, state and federal firefighting agencies strategize are being called off.

The fire season starts as early as March in the southeastern United States, and by April, fires pop up in the Southwest. Last year’s most devastating fire leveled the Northern California town of Paradise just before Thanksgiving, leaving just a few months to prepare between seasons.

“I think a lot of people don’t understand that while there’s not fire going on out there right now, there’s a lot of really critical work going on for the fire season — and that’s not getting done,” said Michael DeGrosky, chief of the Fire Protection Bureau for the Montana Department of Natural Resources and Conservation.

DeGrosky was supposed to be teaching a course this week for firefighters who want to qualify for the command staff of a fire management team. But the class was canceled without instructors from federal agencies.

Similar classes were called off in Oregon and Tennessee, and others face the same fate as the shutdown drags on. President Donald Trump and congressional Democrats are at odds over funding for a border wall.

A dozen senators from Oregon, California, New Mexico, Washington, Colorado, Nevada, West Virginia and Michigan sent a letter this week to Trump warning that the shutdown would put lives at risk this coming fire season. Classes necessary for fire incident managers, smokejumpers and hotshot crews are in jeopardy in the near future, the senators said.

Smokejumpers parachute into remote forests to battle blazes not inaccessible by firefighters on the ground and hotshot crews are small groups of elite firefighters trained to battle the most ferocious flames.

The winter is also when seasonal firefighters apply for jobs, get the required drug tests and move to where they will train and work. In many cases, there’s no one to answer the phone or process the applications, and some potential recruits may decide to work elsewhere to avoid the hassle.

“Even if the shutdown ends and we start hiring people, we will have missed the cream of the crop,” DeGrosky said.

The U.S. Forest Service said in an email that the agency was committed to hiring for temporary and permanent firefighting positions and would continue critical training “to the extent feasible.”

The first session of an apprenticeship program for wildland firefighters went ahead this week, Forest Service spokeswoman Katie O’Connor said.

“The agency is assessing and prioritizing the activities we are able to maintain while in shutdown status. We are unable to speculate on specific impacts while the government shutdown is ongoing and ever-changing,” O’Connor said in a statement.

Conservationists and fire managers say there are other concerns.

Clearing and thinning projects and planned burns on federal land that could lessen fire danger by weeding out flammable debris also are largely on hold in California, Oregon and elsewhere. Private contractors say they have received letters telling them to stop the work.

There’s already a backlog of such projects in federal forests in Oregon and Northern California, said Michael Wheelock, president of Grayback, a private contractor in Grants Pass, Oregon.

Intentional fires can only be set in a narrow winter window before temperatures and humidity falls — and that is rapidly closing, Wheelock said.

“Every week that goes by, it’s going to start increasing the impact,” he said.

Joyce McLean, who lost her and her husband’s home in Paradise last November, supports Trump’s push for a border wall but worries what will happen if firefighters aren’t prepared for next time.

“I hope there are no more forest fires,” said McLean, 74. “I wouldn’t wish that on nobody.”

The pain of the four-week-long shutdown is having a ripple effect     By GILLIAN FLACCUS, Associated Press PORTLAND, Ore. (AP) — Just two months after a wildfire wiped out Paradise, California, officials are gearing up for this year’s fire season and fear the government shutdown could make it even more difficult than one of […]
